Food and water for the Masai

Food and water for the Masai

Food and water for the Masai : Wish of Mama Anna.

Mama Anna (passed away in 2016) was a respected leader of a boma in northern Tanzania. In Maasai culture it is highly exceptional that a woman becomes the leader of the community, making it an unusual case. She foresaw that the Maasai’s immemorial lifestyle could not last forever. After all, the moral was: the more cows, the higher the community’s status, the more power and the better the dowry. But reality was starting to prove the contrary. The community would be better off with adjusting the number of cows to the available fertile land to be able to feed them. But the community thought of this as an oppressive idea. But Mama Anna thought of this differently and her ideas were supported by the children that went to school: A different way of living would also enable high status and wellbeing.

In meanwhile, more and more complications started rising regarding the grazing of the cattle and the local communities. Thereby, natural factors such as the holding off of rain and erosion led to a scarcity of grass and at the same time government started imposing more and more restrictions on land use. All leading to a battle for land for Maasai cattle to graze, with negative consequences.

Together with two other boma’s who had a shared opinion about their future, the three communities started brainstorming about this changing way of living. In collaboration with our Tanzanian sister organization Mater Dei Africa, and the communities wishes, we elaborated on a sustainable new existence. You can find the entire project plan on Mama Anna’s wish 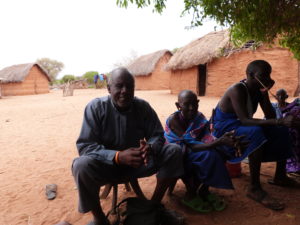 This project is powered by Wilde Ganzen. You can support this project by contributing financially by transferring to:
NL53 INGB 0000 0400 00
Wilde Ganzen – referencing to: 2017.0559 Food and Water Maasai